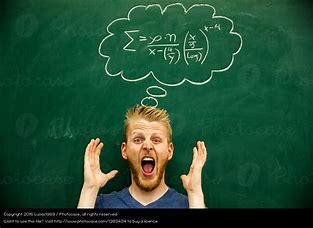 A theme that often comes to mind when I ponder some sort of news worthy business, political or other sort of currently public confrontation (or more likely, repeatedly news worthy over time) is “what are they (the parties involved) afraid of”. The question always seems to quickly distill the source of the conflict and expose the tools for resolution. But the parties involved must want resolution and be willing to compromise; a set of conditions decreasingly present in high profile conflicts.

One good example is the conflict between public school teachers unions (and affiliated political associations i.e., lobbyists and political party leadership) and opposing parties merely interested in a better education for their communities and children. These opposing parties can be, on one end of the spectrum, education governing bodies like school boards or local government. Or, on the other end, those that think teachers unions and associates are merely political pawns for the left. The reality is these are all interested parties, and no one is completely wrong-headed. But the number and diversity of views of the parties involved does tend to complicate the debate.

My question is what are the public school teachers afraid of?

Those who are promoting these ideas are primarily interested in creating the very best educational opportunity for their child. Beyond providing for the child’s basic needs and teaching them manners/values, there’s no greater responsibility for a parent.

The truth of the matter is public education teachers are trying desperately to cling to an antiquated system. Like any antiquated system, disrupters (home schooling, organized private education, etc.) have arrived on the scene for several sound reasons. The two primary reasons are, the quality of public education is seen as declining, and the secular nature is seen as devoid of imparting important values.

As municipal leaders attempt to address the quality issue, while balancing financial resources, the flight to private education progresses. Teachers and their unions are aligning themselves with political forces they see as in their corner. The Democrat party is exploiting this fear and works to obstruct progress while the elites of the party act duplicitously by sending their children to private, often prestigious, primary and secondary institutions.

Fear is a very powerful motivator. The forces of disruption will exacerbate the situation as the teachers dig their heels in in a failing attempt to hold on. Their prospects for success are dim, as many other “institutions’ experienced at the hands of increasingly powerful disruptive forces. As the quality of public education continues to decline, those that can escape will. More fear and even panic will creep in.

Some may cry foul and proclaim this post is overly harsh on the teachers. Again, teachers are poorly led and are merely reacting to what they are told by those who supposedly have their back. The coming train wreck could potentially be avoided but that’s quite unlikely. It may well be too late to avert disaster and the catastrophic, life-long effects on children underserved in public education. We can hope that the teachers, union leaders and their political allies would come to their senses and agree to changes that will serve them and the children better in the long term. My guess, its highly unlikely this poisonous symbiosis between teachers and their leadership will be materially affected until the demand for public education declines further and teachers stand up to force a new set of leaders and a new strategy.

*full disclosure – our family did pay property taxes and for private education for our two children from middle school through high school. When we moved to Montgomery County Maryland we were led to believe the schools were among the best in the country (in hindsight we would have been much better in Howard County schools with much higher ratings). To our surprise the Montgomery County Schools were not nearly as supportive or accommodative for children with special needs (our eldest is ADHD) as the schools in Virginia. After our eldest child was the subject of unprovoked violence at the hands of another middle school student, TWICE in the first two months. With no action taken by the school (they didn’t even call us to tell us our son had been injured – just sent him home on the bus with a large contusion), we put them in private school at great additional expense. The private education experience was a tremendous success for both.

Someone who believes ordinary citizen need a place to comment on the world around them and is someone who has a keen interest in media outlets like cinema.